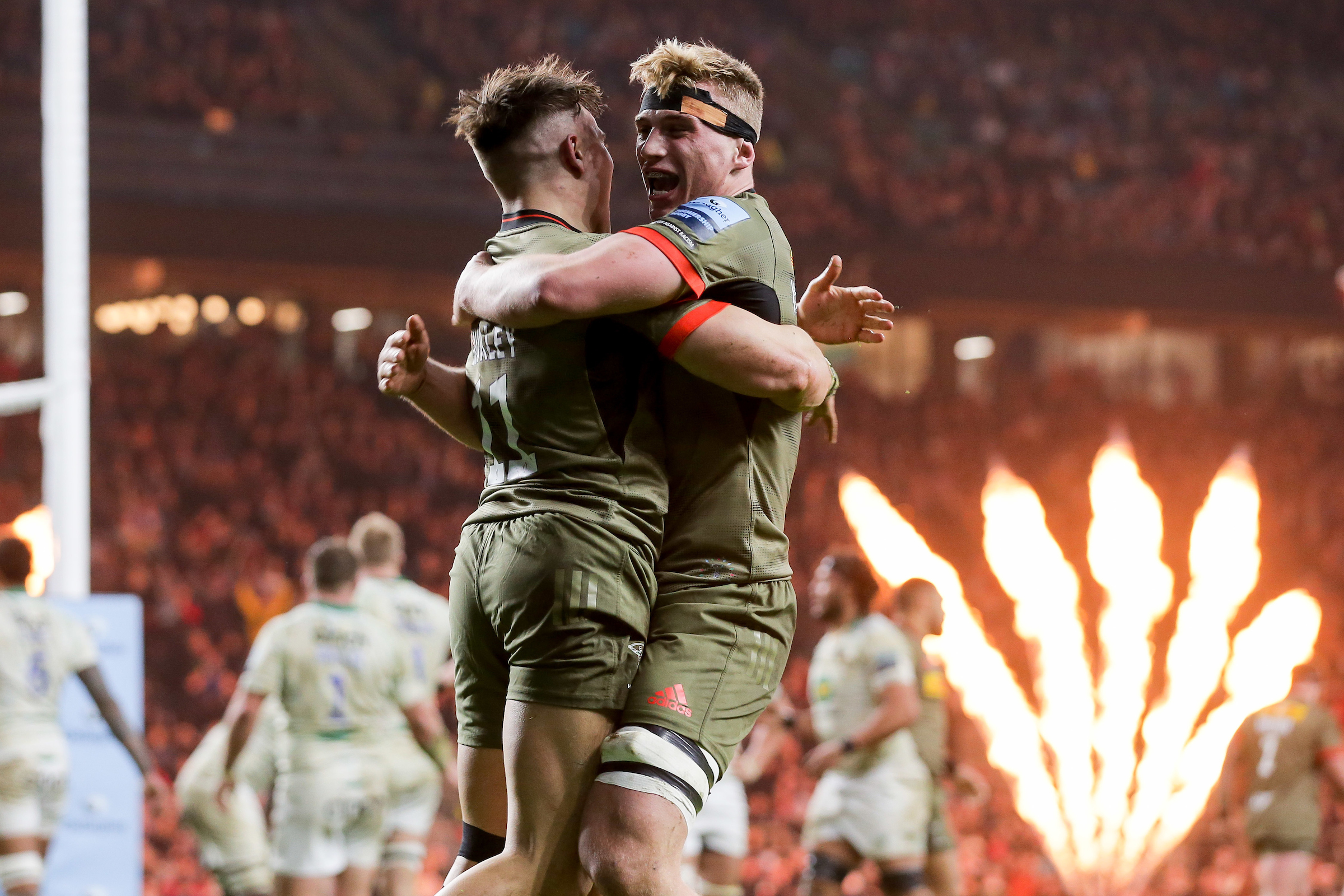 Quins to Kick-Off Summer at Twickenham for crucial Premiership clash

Summer vibes, brilliant rugby, music and entertainment are coming to Twickenham Stadium on 21 May! Harlequins have launched a new event at Twickenham Stadium to start this summer, building on the unprecedented demand for tickets to see Harlequins play, with every league match at The Stoop being sold out this season for the English champions.

The Gallagher Premiership tie between Harlequins and Gloucester Rugby on Saturday 21 May will be played at Twickenham Stadium, 15:00 kick-off. The match is the penultimate round of the season and with both sides battling for places in the coveted top four play-off spots, the match could be crucial.
The event, themed the ‘Big Summer Kick-Off’, will feature festival-themed entertainment and activities across the day including a major headline entertainment act.

The famous player ‘walkover’ will again enable local supporters to roar the team from The Stoop to Twickenham stadium, plus they will get to welcome the return of the 2012 Premiership winning team, 10 years to the day of their famous triumph at Twickenham stadium.
There will also be the opportunity for local community rugby clubs and schools to get involved and play on the pitch at The Stoop, Craneford Way and Twickenham Stadium on the day.

Harlequins CEO Laurie Dalrymple said: “We can’t wait to get back to Twickenham and play in front of our supporters and community again – it has certainly proved a happy hunting ground for us recently and the advantage we get from being roared on by a packed house of Quins supporters cannot be underestimated. In the last 10 years, we have won 8 of our 11 matches at Twickenham and lost just once.
“We have sold out every one of our Home Gallagher Premiership matches this season and we wanted to give the maximum number of supporters the chance to come along to see the match”

The event will be themed as a summer festival with a range of activities for families and adults across the day – from The Stoop stadium to the Twickenham West Fan Village, and then inside the stadium bowl. The West Fan Village will offer a great festival atmosphere of craft beers, BBQ, live entertainment and fun for families with the fairground rides all included in the price.

Dalrymple added: “We have learnt a great deal from 13 years of Big Game events at Twickenham and we hope to bring the best bit of a high-profile rugby match and entertainment for all the family to this fixture. It will certainly feel very different to our winter fixture and the ability to enjoy the afternoon sunshine and bring friends and family to Twickenham for such good value is an opportunity we know our supporters will be keen to enjoy after so many fans have missed out on tickets to The Stoop this season.”

The Club note that the event day is outside the regular season for the Allianz Premier 15s and at this point, it is not clear if Harlequins Women will be playing. Should Harlequins qualify with Home advantage for the Semi Finals of the league, our intention is to work with all relevant stakeholders to review if the match could be switched to Twickenham stadium.

Tickets are available on Harlequins’ official website and range from £19.50 for Junior tickets and £29.50 for Adults.
For more information and purchase of tickets please visit: https://www.eticketing.co.uk/harlequins