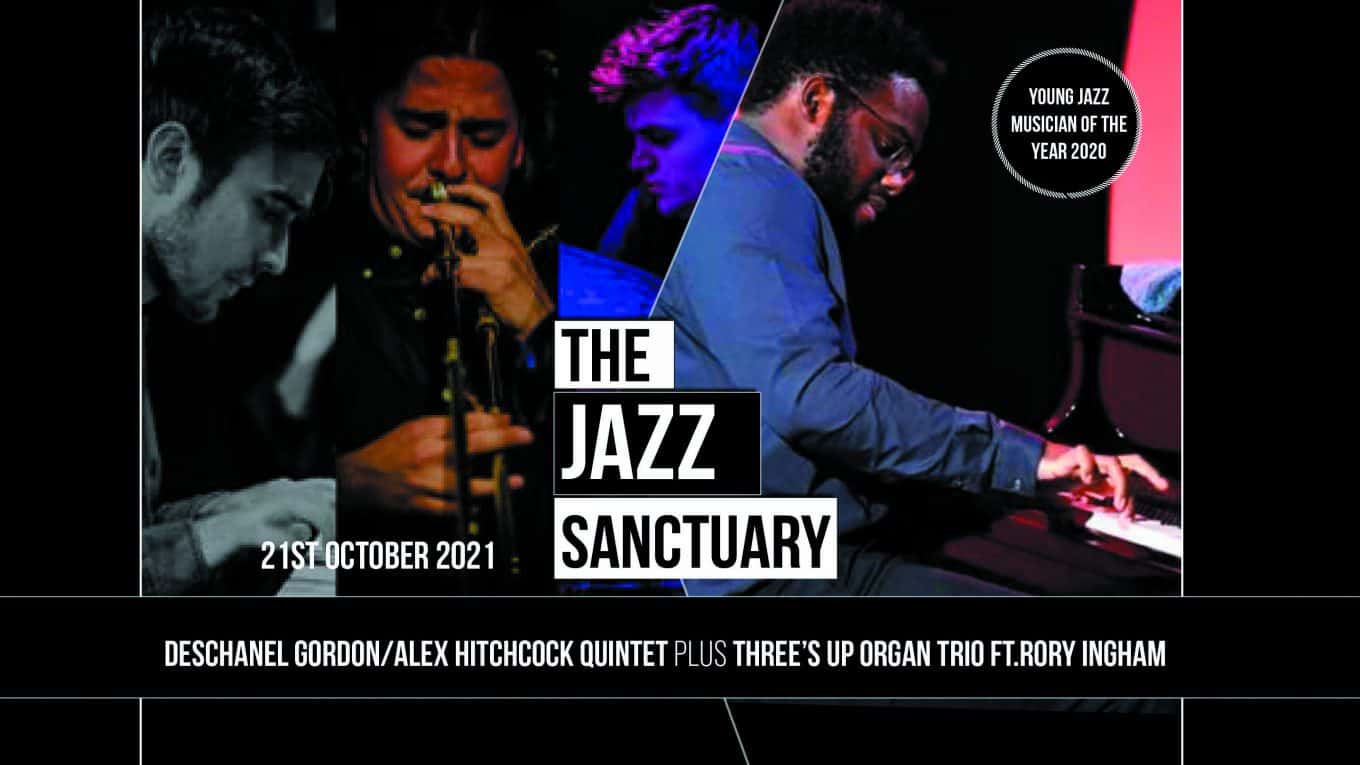 Alex Hitchcock “An incredible saxophonist, with something very unique and original to say”’ Walter smith III

Winner of BBC Young Jazz Musician 2020, 22 year old pianist Deschanel Gordon grew up attending youth programmes such as Hackney Creative Jazz Ensemble and The Julian Joseph Jazz Academy. Aged 10, he was inspired by watching videos of Oscar Peterson which ignited his love of jazz and he switch from classical to jazz piano training.

One of the brightest prospects of his generation, Gordon has worked with the likes of Mark Kavuma, Cassie Kinoshi’s SEED Ensemble and US-born singer Judi Jackson.

London-born saxophonist Alex Hitchcock is regarded as one of the UK’s most virtuosic young jazz musicians. His group AuB, which released its debut album on Edition Records in 2020, was described as ‘ready to make cataclysmic waves in the sound of UK jazz’ by Jazzwise.

His quintet’s critically acclaimed 2018 debut on Barcelona-based label Fresh Sound New Talent (home to debuts by artists including Ambrose Akinmusire and Avishai Cohen) was described by All About Jazz as ‘an exquisitely subtle collection of tunes… the clearest indicator to date of the stratospheric trajectory on which this super-talented quintet is indubitably heading’. Their increasingly burgeoning reputation on the international jazz stage was confirmed by a major prize at the 2018 Umbria Jazz Festival, as well as touring to Poland, Spain, Italy and Hungary and performances at legendary UK venues including Love Supreme Festival, the Royal Albert Hall and Ronnie Scott’s.

“Trombonist Rory Ingham is a young man on the way up – excellent musicianship, swagger and a winning can-do attitude” Paul Pace Jazzwise

Doors and bar open at 7pm

Covid precautions – mask wearing is optional. Hand sanitising is available on entry, at the bar and in the toilets. If you wish to track and trace you may do so at the bar.