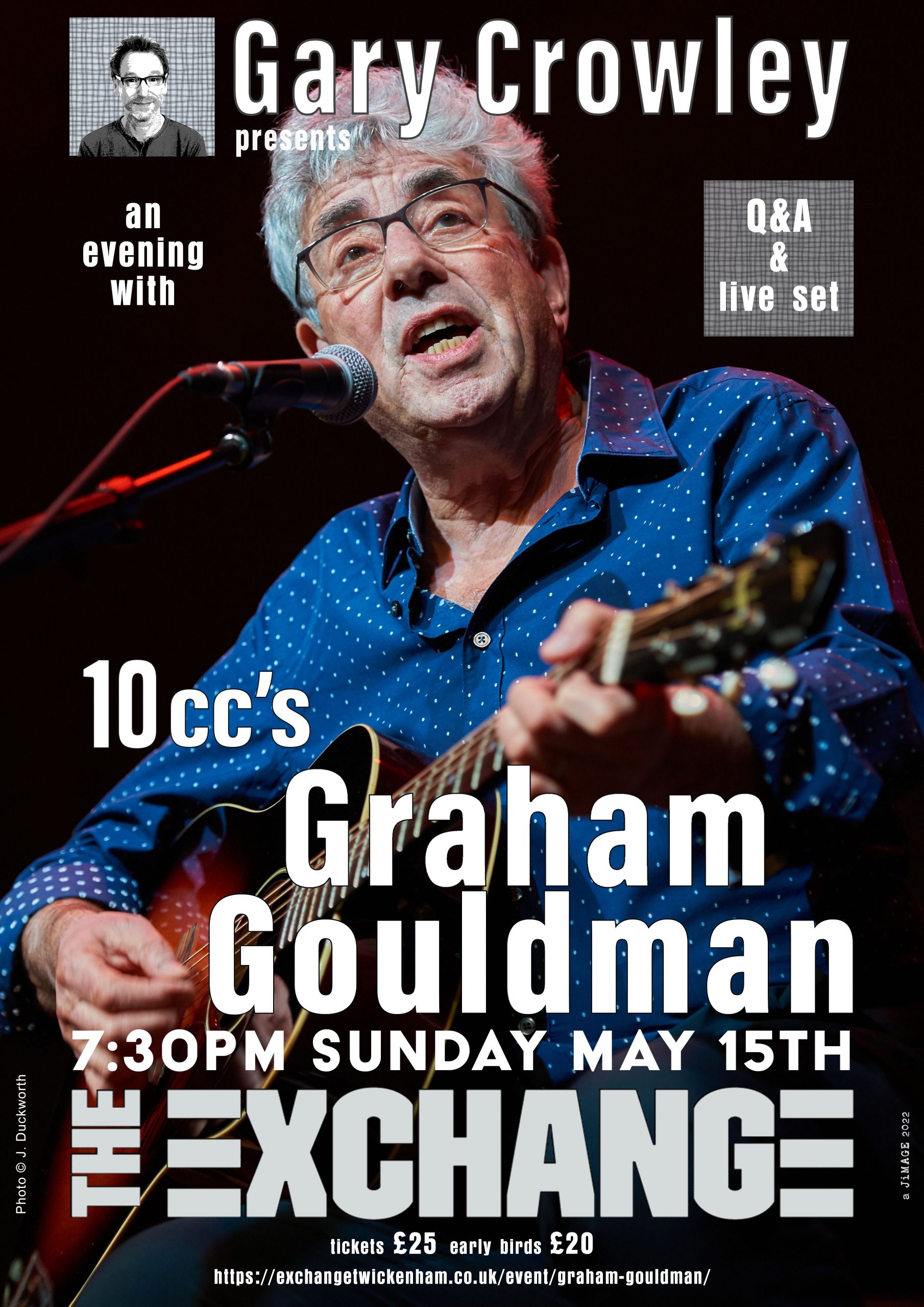 BBC London’s Gary Crowley invites you to spend an evening in the company of million selling songwriter, 10cc’s Graham Gouldman. The evening will start wth a Q&A. With a career spanning six decades and signposted with dozens of the most loved and familiar songs ever written, there will be a lot to talk about. After a short interval Graham will treat us to a live set featuring many of his hits. It’s the enduring popularity of these tracks and his love of playing the songs acoustically, that make an evening with Graham Gouldman such a joyous and captivating experience. This will be a very popular event, so be sure to get your tickets early.