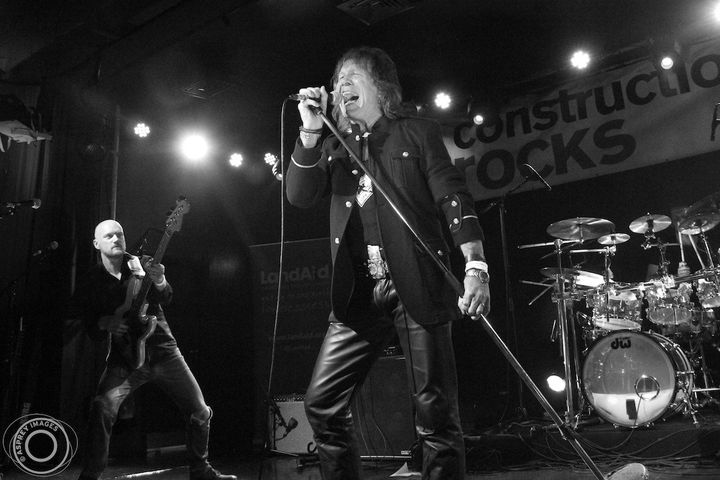 Led by original vocalist, Peter French (also of original and recent Atomic Rooster fame), Leaf Hound was a product of the SW London rock scene of the late ’60s which spawned the likes of Free and other blues-rock acts, and their 1971 Growers of Mushroom album has achieved massive cult status and now exchanges hands for over £6,000 and was voted the ‘Number one most collectible Rock album!’ in Q Magazine!!
Peter’s reputation as a potent lead vocalist also led him to a stint with Carmine Appice’s US band, Cactus. Later in the ’70s he served as frontman for the popular German act, Randy Pie, before recording his acclaimed solo album, Ducks in Flight, which featured Brian Robertson, Micky Moody and Kenney Jones. This album has recently been re-released by Repertoire.
Leaf Hound was re-formed in 2004 and since then the band has re-issued the Growers of Mushroom album and recorded a new album, Unleashed. Leaf Hound’s Live in Japan CD/DVD and Vinyl was released 5 years ago. 2019 has seen the band wow audiences in Italy and Belgium.
Peter French’s vocals on Leaf Hound’s song, Freelance Fiend, was the soundtrack to the Casio G-Shock Watches advert on cinemas worldwide, and his song Too Many Rock ‘n’ Roll times is featured in the new Hollywood movie, Adolescence. Peter’s voice was also featured on the theme song from TV’s Life on Mars.
Leaf Hound’s line-up is Pete French on vocals, Tom Smith on guitar, Peter Herbert on bass and Dominic French on drums.