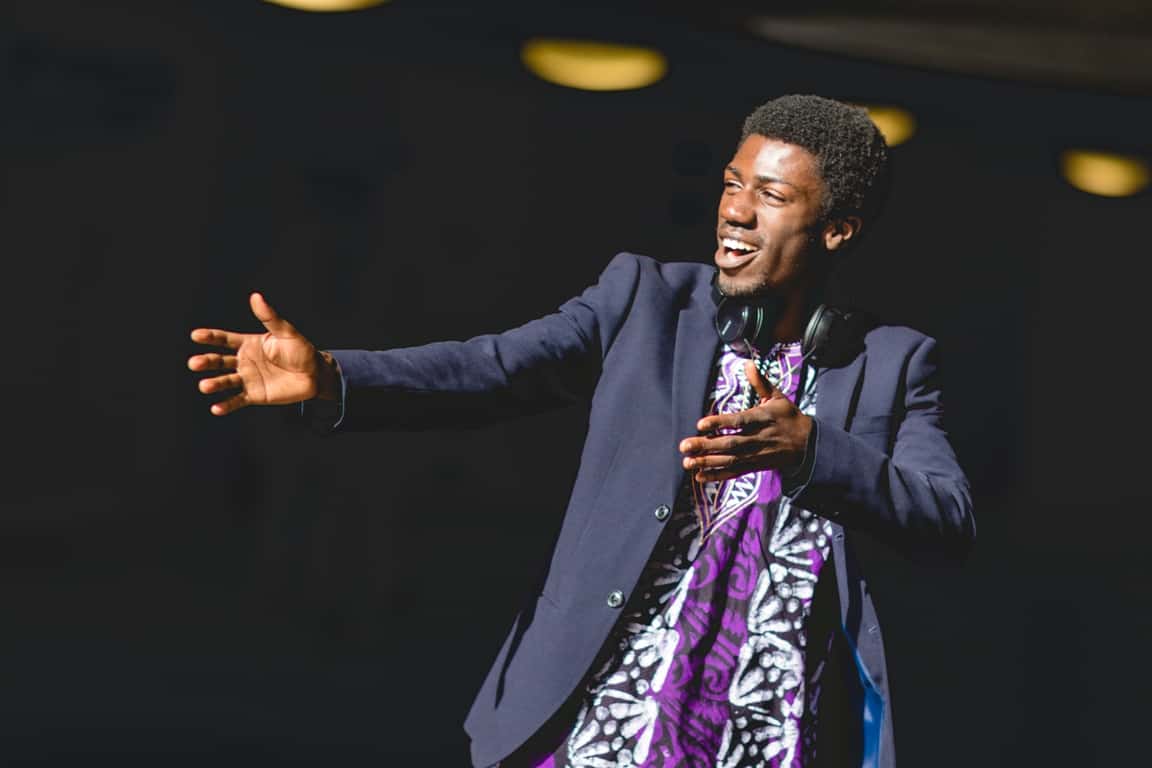 An inspiring evening of performances from some of the UK’s most innovative spoken word artists.

Internationally acclaimed spoken word artist Bella Cox is a two-time Barbican Young Poet Alumni and was twice nominated as the Young Peoples Laureate for London. She is well-known for her free verse poetry that often addresses the notions of home and belonging, as well as her queer and feminist work that seeks to embrace difference and empower young people.

Jolade Olusanya is a writer, director and photographer based in East London. He has written and performed globally for the likes of Sofar Sounds, BBC, Roundhouse, Southbank Centre and many more. He’s also a member of SXWKS, a creative collective.

The Repeat Beat Poet is a Hip Hop Poet and broadcaster fusing traditional poetics and Hip Hop culture to capture and extend moments of time, thought and feeling. He hosts his Hip Hop/Spoken Word radio show  #TheRepeatBeatBroadcast, and the multi-award nominated Lunar Poetry Podcast, which is archived in the British Library. He has also been nominated for a Jerwood Compton Poetry Fellowship and was a BBC 1Xtra WordsFirst poet.