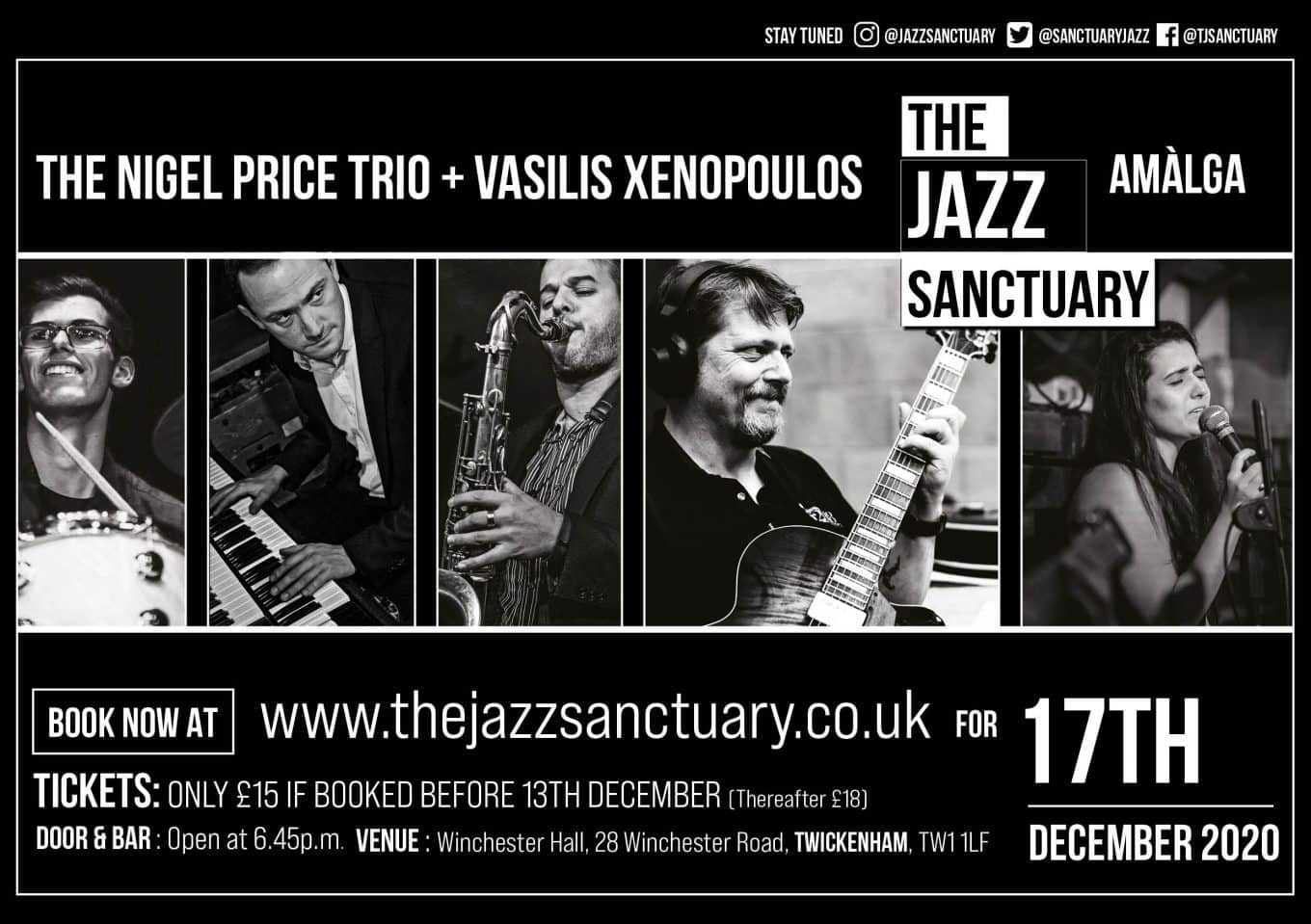 The Nigel Price Organ Trio, winners of the 2010 Parliamentary Jazz Award for ‘Best ensemble’ will be playing selections from their past six albums, as well as music from the as yet unreleased ‘Wes Re-Imagined’ which sees the compositions of Wes Montgomery reworked into different feels.

They will be joined tonight by the jazz saxophone virtuoso Vasilis Xenopoulos.

Expect a night of exciting interplay, virtuosic, blues drenched soloing and a few laughs too!

Coming together through shared obsessions over African grooves, electronic music and Jazz, Inês Loubet, Benedict Wood and Jake Burgess bring their influences to fruition in Amálga. Originally forming as a Samba trio in 2015, Amálga soon started bending and twisting it’s musical landscape, reorienting towards the music of Björk, Nina Simone and Arthur Russell among others, culminating in original compositions and delicate arrangements at the centrepiece of their influences.”