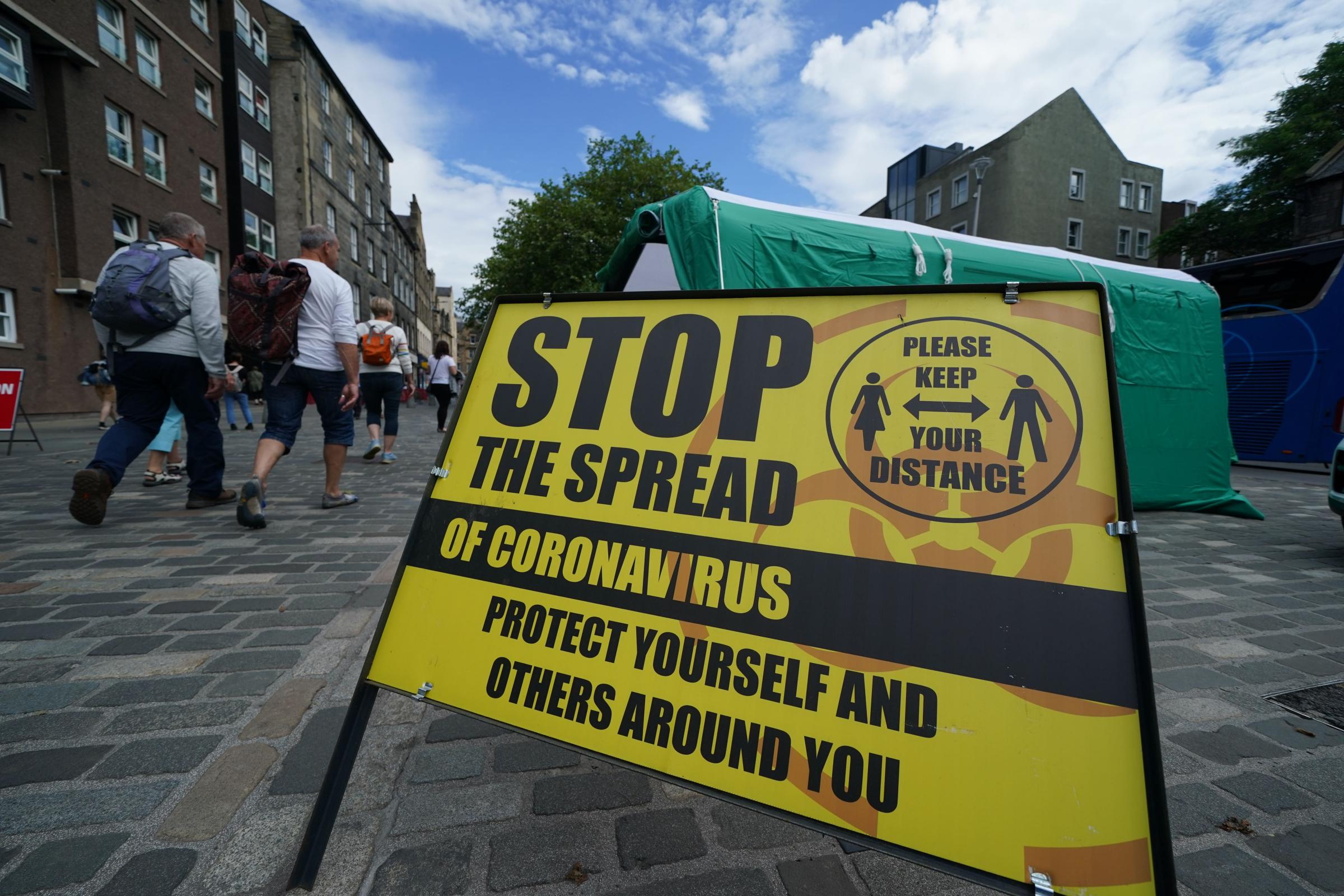 Scotland has recorded its highest test positivity rate since January this year, with 6,734 new coronavirus cases counted in the last 24 hours.

The case numbers are also the highest daily figure recorded since September this year.

The latest data, released by the Scottish Government, shows no new deaths have been recorded since the day before, but officials said registry offices were generally closed at weekends, which can affect the number recorded.

It means the Covid-19 death toll in Scotland under the daily measure – of people who first tested positive for the virus within the previous 28 days – remains 9,781.

There were 516 people in hospital with recently confirmed Covid-19 on Sunday, up 12 on the day before, and a total of 38 people were in intensive care, the same figure as the day before.

On Sunday, Chancellor Rishi Sunak confirmed that the amount of UK Government funding Scotland would receive to tackle Covid had been doubled to £440 million.

The announcement was made during a meeting with the devolved administrations over the weekend.

The UK Government said the additional amounts were being provided to each government on top of their autumn Budget 2021.

Nicola Sturgeon and the First Ministers of Wales and Northern Ireland had ramped up their demand for more financial support in the face of rising Omicron cases.

On Sunday, however, Ms Sturgeon said she was checking whether the UK Government funding was “additional”.

Last week, when the UK Treasury announced £220 million of funding for Scotland, Ms Sturgeon said the money was cash “being brought forward from money we were expecting in January and had already budgeted for”.

She said that “to the extent it is new/additional”, the Scottish Government will make sure it goes in full to helping business and the overall Covid effort.

In total, the UK Government said it had doubled the amount of additional funding available for the devolved governments from £430 million to £860 million, with £270 million going to the Welsh Government and £150 million to the Northern Ireland Executive.