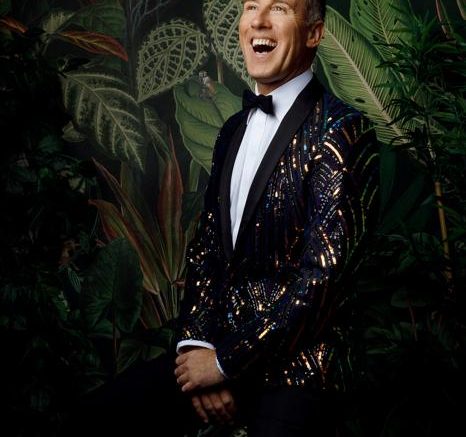 Strictly Come Dancing judge Anton Du Beke is set to welcome guests to an intimate and personal show in Richmond next month.

An Audience with Anton Du Beke will be showing at the Richmond Theatre on May 15 at 3pm and will feature a professional band along with Anton’s friend, Lance Ellington.

Anton Du Beke is best known for BBC’s Strictly Come Dancing, on which he has featured since its first ever show and has been cast as a judge on the latest season.

During the intimate show, Anton plans to discuss his life through audience questions as well as performing several dance numbers.

“It will be a great night.

“I’m very much of the attitude that when I walk out of stage then it’s my responsibility to perform to the best of my ability, I’m not so egotistical that it has to be my way or the highway, because I might not be right.”

Anton’s debut album reached the Top 20, and his debut novel, One Enchanted Evening, was an instant Sunday Times Bestseller and has continued to waltz all over the country with his sell out dance tours.

The performance will not be scripted, Anton says, as he intends to “go along” with whatever the audience asks him.

Anton added: “The show will be completely improvised, and the bits between the numbers will be improvised.

“Obviously I’m not improvising the dance numbers, my partner would be delighted if I suddenly don’t pick her up when she is expecting me to.”

Anton’s pre-show routine includes having everything organised and ready in the wings, as he likes to be ready ahead for quick changes during the show.

He says he enjoys “wandering around” whilst waiting to go on stage and appreciates quiet time on his own so he can be “clear of mind”.

Anton said: “I potentially would look at expanding the show into a larger tour next year, depending on what I’m doing at the time.

“I have always wanted to do the Royal Albert Hall, all those people there, you can have a bigger band and get some special guests in.

“I went to see Bruce performing once at the Royal Albert Hal – an evening with Bruce Forsyth, with a few songs and Erin and I came out and danced.

“I remember watching it and saying ‘I’d love to do this; this is exactly what I‘d like to do. “That’s what I’d like to be able to do with this, not so much doing 50 dates, just a few big shows.”

Anton, former dancer on Strictly Come Dancing and now judge, says he is “very, very excited” about being on the panel and is “loving every minute” working on the beloved BBC show.

Anton explained: “I can’t tell you how excited I am every week to watch the couples performing their numbers, knowing exactly what they’ve been through to get to this point.

“And with my fingers crossed they don’t have any mishaps, I’m all up to speed on what mishaps go like, I have had lots of those over the years.”

“I’ve had so many incredible moments on Strictly and I can’t wait to share them with you at An Audience with Anton Du Beke.”

An Audience with Anton Du Beke will be showing at the Richmond Theatre on May 15 at 3pm.